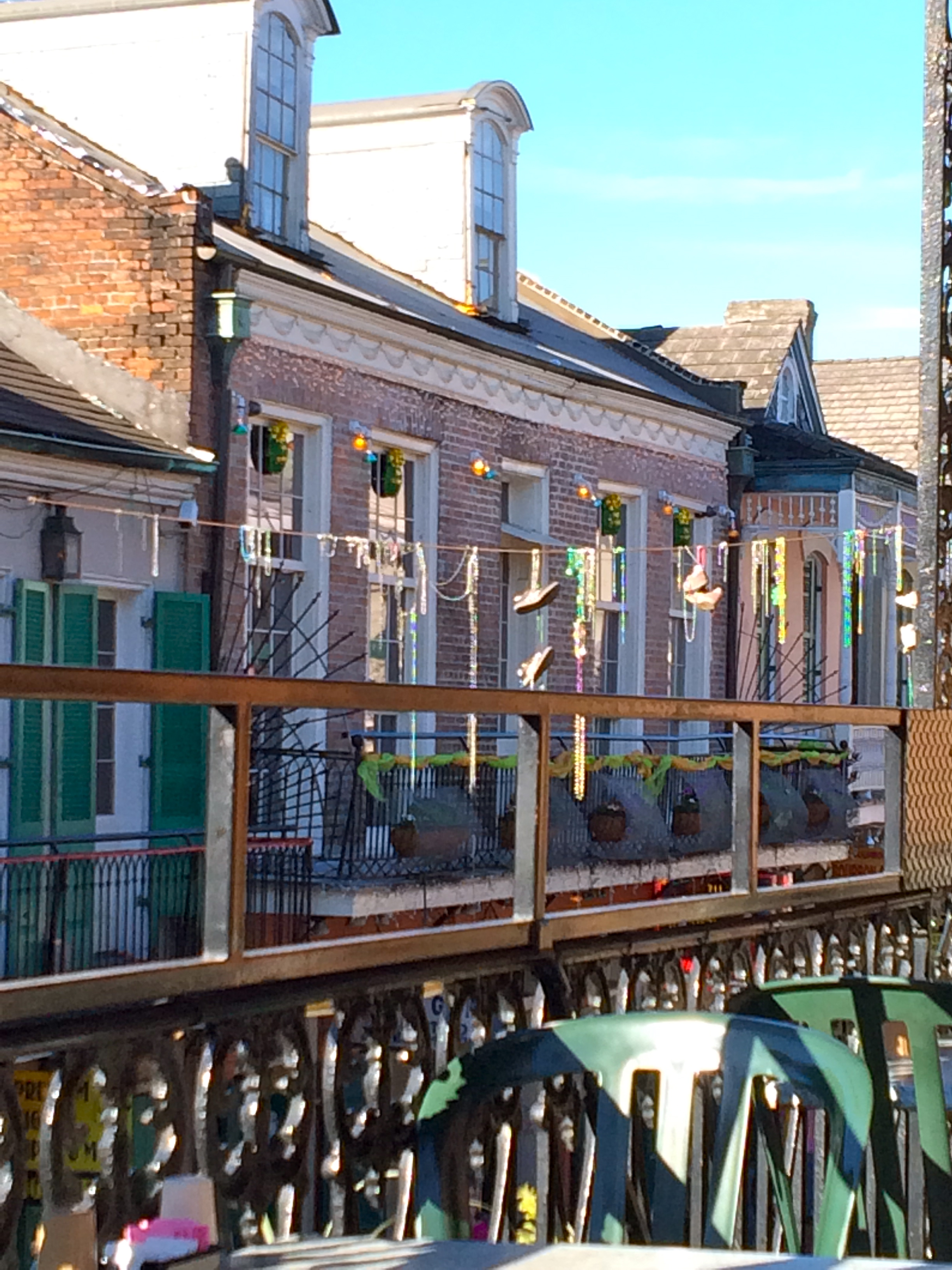 What better way to start our first full day in New Orleans than by going to a cemetery? We went to St. Louis Cemetary No. 1 and walked around inside to see all the above ground tombs. It is the oldest cemetery in New Orleans and has been in existence since 1789.

It was really cool to walk through and think about how old some of the tombs were and who these people and families were during their lifetimes. One of the tombs that the cemetery is famous for is Marie Laveau, a Louisiana Creola practitioner of Voodoo. Although I did not participate, many tourists believe an old rumor that if they wanted their wish granted by Laveau, they had to draw an X on her tomb, turn around 3 times, knock on the tomb, and yell out their wish. If it was granted, they needed to come back to the tomb, circle their X, and leave an offering for Laveau.

Amidst all the decades-old history, decaying tombs, and legends associated with the cemetery, there is the pyramid tomb seen in the photo below. Since we were not on a guided tour of the cemetery, I would just Google general information or certain tombs that looked interesting. So that is what I did when we came across this tomb. To my surprise, I discovered that this was to be the final resting place of Nicolas Cage. He purchased the last two side by side plots in 2010 to have this pyramid built. Because why wouldn’t you need a 9-foot tall pyramid to spend all of your eternity in?

Omnia Ab Uno (Everything From One)

After the cemetery, we took a walk down Bourbon Street and started out with a drink as we continued on our day in the French Quarter.

We then headed to get some lunch at Cafe Amelie. Hands down, my favorite restaurant we ate at in New Orleans. There were a lot of good ones, but this place definitely tops them all. We started out with the satsuma pepper glazed shrimp, which I thought couldn’t be topped. That is, until our entree of the amelie shrimp pasta arrived. The savory flavors and fresh ingredients of the food along with the peaceful, garden ambiance make this restaurant a winner in my book.

We continued our day by more walking around the French Quarter. Then we headed back to Bourbon Street to have some drinks and a crab cake appetizer at The Embers. We got a perfect seat on the balcony overlooking Bourbon Street where we could people watch and enjoy our food and enormous drinks.

After our snack and more walking, we headed to Crescent City Brewhouse for a delicious dinner and live jazz music. This long and exhausting day would lead to another long and fun filled one up next!