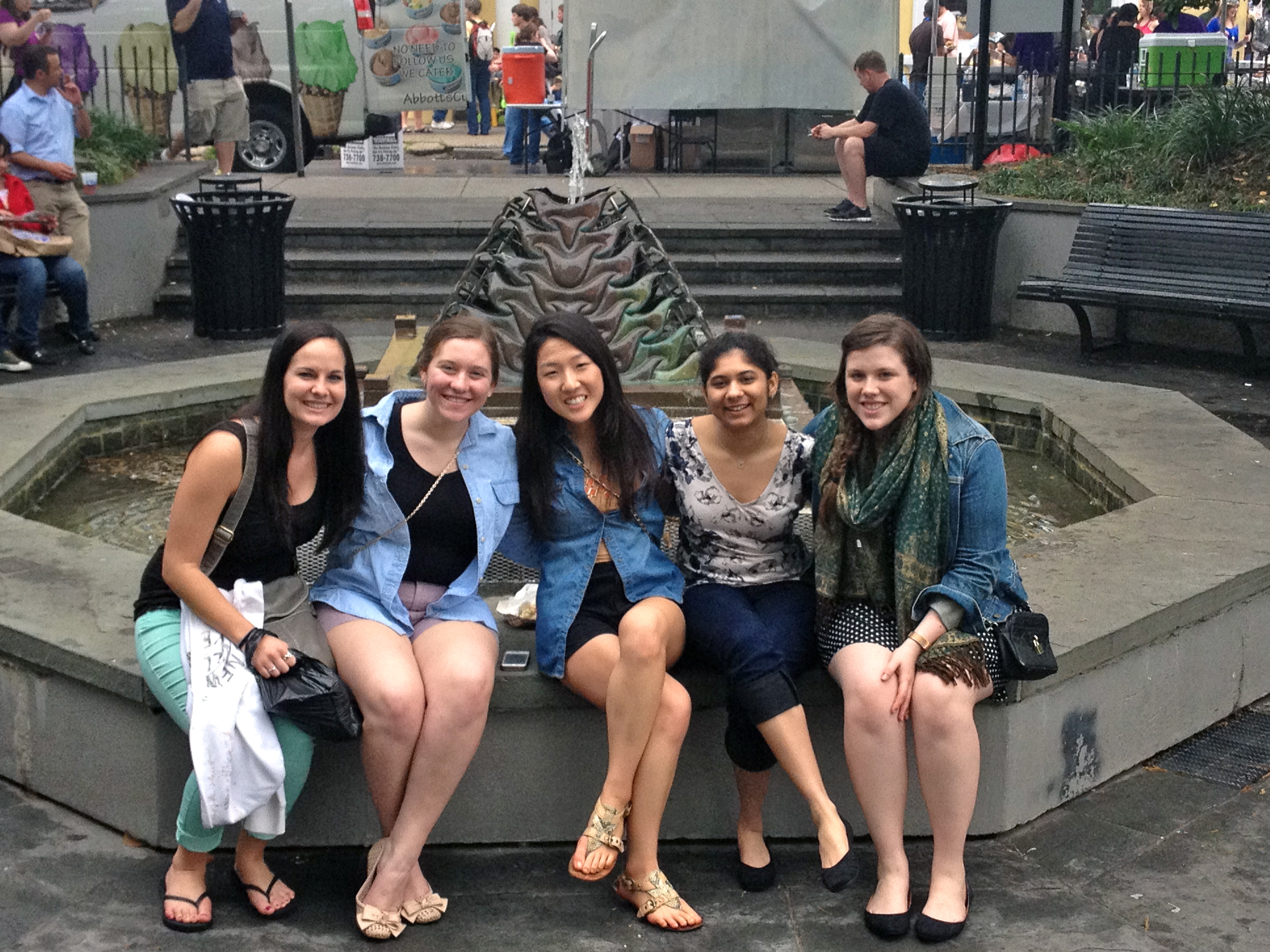 Our final full day in New Orleans came way too soon. I started the morning hearing from two more excellent speakers, John Militello– Head Of Creative Innovation at Google/YouTube and Ariele Krantzow– Training and Support Manager at Wix Lounge. Then we had a good chunk of the day without anything scheduled, so we ventured out to explore more of daytime New Orleans. We walked toward Jackson Square and on the way there we saw this really cool band playing on the street. They had a sign in front of them that said “It’s an African Bassharp” for all the people wondering what that strange looking instrument is.

We continued on and ended up across the street from Jackson Square and watched some street performers for a while. They were hilarious. The following video is just a little taste of their performance.

We then walked over to the French Market to do a little shopping and get some food. It was like having the Taste of Chicago, except Taste of New Orleans, all year round! They also had fresh fruit for sale and lots of little flea market shops.

After our day of exploring we headed back to the hotel to chill with our feet in the pool for a bit and then go to the awards banquet. Our chapter had the honor of receiving an award!! Such an exciting night!

For our last night in New Orleans we went down to check out the Riverwalk and take a final trip down Bourbon Street. It was so nice to take in the last of the beautiful warm weather before heading back to the snow in Chicago.

Even though it went by so quick, it was a great trip and such an awesome experience. New Orleans is an amazing city that I hopefully get to return back to someday!