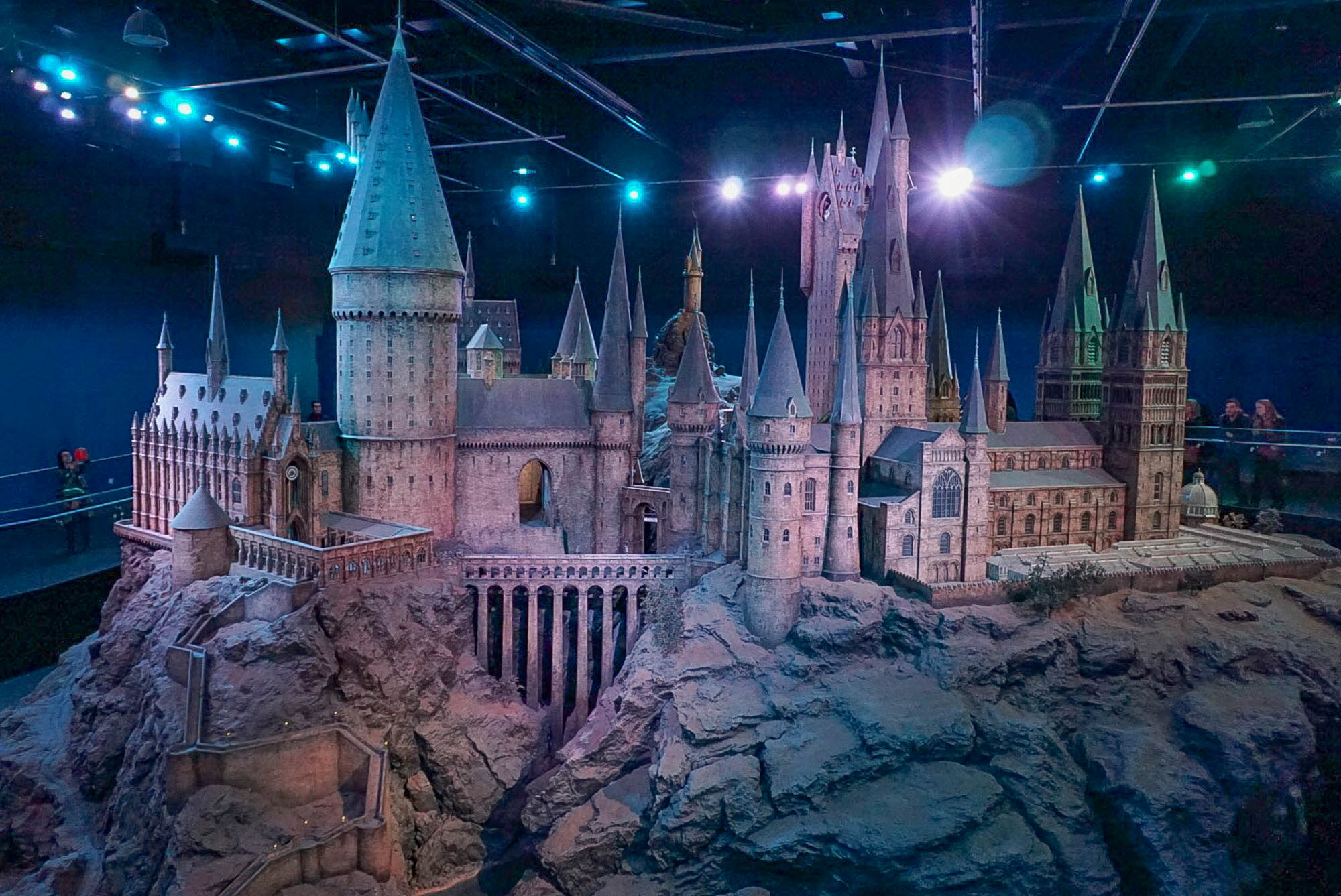 How Muggles Make Magic: The Making of Harry Potter

You may have traveled your way around the world, but your journey will never be complete until you visit the wizarding world of Harry Potter. Enter: Warner Brothers Studio Tour London: The Making of Harry Potter. Your gateway into much more beyond the muggle world.

“There’s always room for a story that can transport people to another place.” – J.K. Rowling

If you arrive by public transport, the magic begins before you even arrive. The studios are 20 miles northwest of London so you’ll need to plan out how to get there, but it’s an easy journey by train. Then there are shuttle busses (£2.50 for a round trip ticket) that will take you from Watford Junction directly to the studios.

Whether or not you believe in magic, WB Studios knows how to create a magical experience. This was my second visit, and I would return again and again. I may have even stayed longer the second time! I recommend planning for at least a 3-hour stay.

I don’t want to spoil too many of the surprises that lie around every corner, so I’m sharing a few of my favorite sets that you will experience on the tour. First is Dumbledore’s office. The room is astronomy focused, a decision by the designer based on Dumbledore’s fascination with the universe and the heavens.

Down in the dungeons of Hogwarts is the potions classroom, where more than 500 bottles of peculiar ingredients line the walls. Some of them even have their own handmade labels!

The Burrow, home of the Weasleys, is another interesting set. The original was actually over 44 feet tall, the tallest built for the film series. This set is a small part of the original, which was designed to look like Mrs. Weasley built it all herself.

Make your way back inside to learn more about the faces, wigs, and makeup that create each character in the Harry Potter series. Soon, you’ll come to one of my favorite parts of the entire tour… Diagon Alley! Take a stroll down the cobblestones as you pass Ollivander’s wand shop, Gringotts, Weasley’s Wizard Wheezes, and more.

“Of course it is happening inside your head, Harry, but why on earth should that mean that it is not real?” – J.K. Rowling

What’s truly magical is every ounce of work from every single individual that was poured into the making of each film. The amount of detail and care that was thoughtfully carried out to bring J.K. Rowling’s stories to life is what makes Harry Potter the international sensation that lives on today. From Fawkes’ individually hand-painted feathers to the hand-built Chamber of Secrets door powered by an electric motor, each and every person played an important role in the Harry Potter series. Each one of these 4,000 people who contributed to the making of Harry Potter bears a wand box with their name on it in the last room of the tour.

Thousands of wand boxes, each of them bearing a name of someone who played a role in the making of Harry Potter

So what are you waiting for? Hop aboard the Hogwarts Express and make your way over to the WB Studios!

“Whether you come back by page or by the big screen, Hogwarts will always be there to welcome you home.” – J.K. Rowling

Special thanks to WB Studios London for making this experience possible. All opinions are my own.