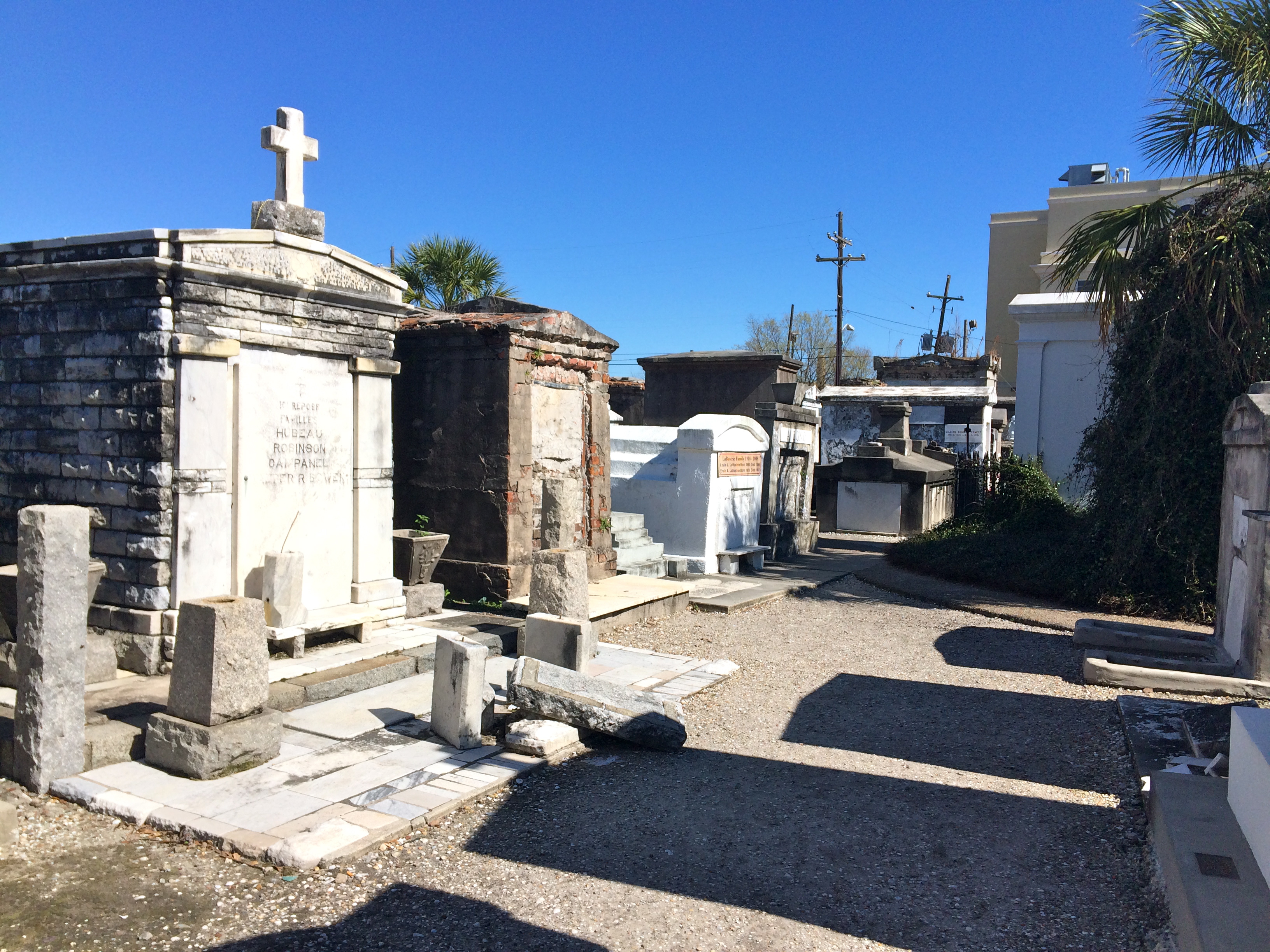 The powerful Voodoo Queen, Marie Laveau, has been engrained in New Orleans history since the early 1800s, and she facilitated the rise of the still thriving voodoo culture of New Orleans. The practice of voodoo has African roots and is believed to have originated during the slave trade, when the slaves participated in spiritual practices to ease their oppression. Marie Laveau became a symbol of voodoo in New Orleans, but was also a devoted Catholic and is currently buried in St. Louis Cemetery No. 1.

Visiting the cemetery is about as eerie as you might imagine. Being the oldest cemetery in New Orleans that still exists, the old tombs with chipped paint and crumbling bricks appear as a flashback of people and families from long ago. There are plenty of influential people buried in the cemetery, but Marie Laveau is typically the most intriguing for visitors.

Entrance into the cemetery is free, but there are tours of the cemetery if you prefer having someone to show you around. As a budget traveler, I chose to be my own tour guide and see for myself what I could learn in the cemetery. It was easy to pick up on tidbits of what other guides were saying as I explored the area. Not knowing quite what I was looking for, it took a little while to find the tomb that marks Marie Laveau’s final resting place.

Finally, I overheard a guide speaking to a group of tourists about the famous voodoo queen. Lo and behold, the tomb of Marie Laveau awaited me right around the corner. The tomb had mysterious qualities to it, making me feel as if it was some sort of magnetic force drawing me in.

Among other writing and objects left as gifts, the tomb was covered with X’s. Yes, like the letter. I soon discovered the importance of this letter, and why “XXX” was scribbled all over the tomb. It turns out, these markings are largely a result of tourist groups that stroll through the cemetery every day. The belief is that one must break off a piece of brick from another tomb, spin around three times, scrape three X’s onto the tomb, and do some sort of knocking on the tomb. Then an offering should be left at the tomb and your wish will be granted. X’s that are circled are said to mean that the wish had come true.

People come from all over to leave offerings of various kinds as a part of this ritual or as a sign of gratitude to Laveau for granting a wish. A wide assortment of these offerings can always be found all around the tomb, such as candles, coins, small statues, beads, empty beer cans, flowers, notes, and plenty of other random items.

Even today, people still claim to have wishes granted by Laveau. She was allegedly powerful enough to cure the ill, solve romantic situations, and aid condemned prisoners, and her powers are believed to still live on today. The full story of Laveau’s life and death is unclear, and there are many different accounts that attempt to rationalize the occult happenings said to be associated with Laveau. Regardless of these variations, one thing is clear: Marie Laveau had something special about her. No one will ever know exactly what was behind Laveau’s so called powers, but after a visit to her tomb I like to think they still remain strong today.

Could it be, despite these popular tourist notions, that there is some magical voodoo association with this tomb? It seems to me that the city has a particular “spirit” that continues to draw me in to the mystery and magic that is New Orleans. You’ll have to go and check it out for yourself!