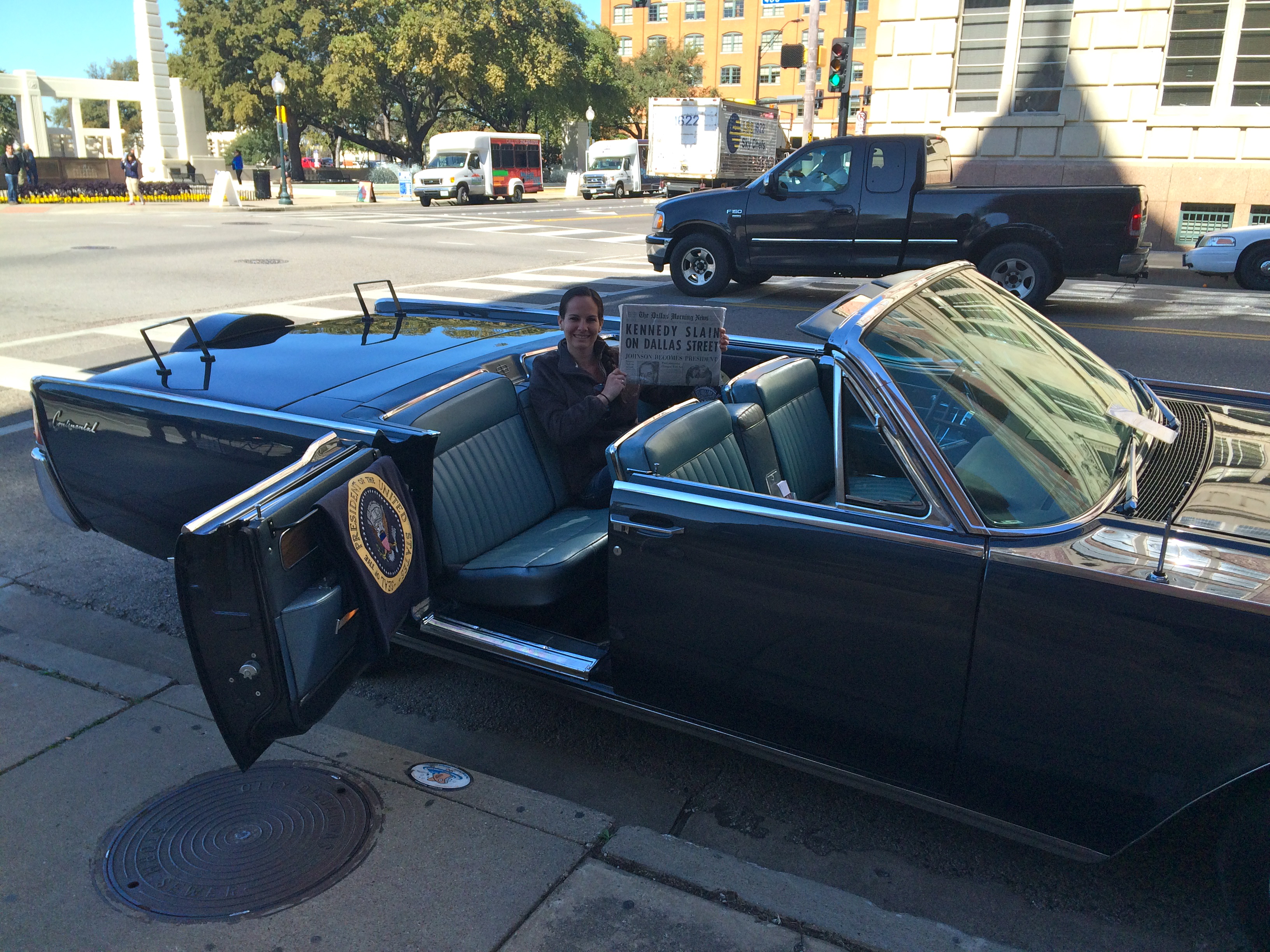 Journey Through Time: Dallas in 1963

The fateful day of November 22, 1963, President John F. Kennedy was assassinated while riding in a motorcade through Dallas in an open-top convertible. To educate both US citizens and foreign visitors of this unfortunate event, Dallas has a variety of tours and museums honoring the late president and raising questions as to what really happened that day. I chose the following tour and museum visit during my trip to Dallas to learn about the facts and the conspiracies of this tragic event that will forever go down in history.

I’m not usually one for bus tours, but the JFK Deluxe Tour and Oswald Rooming House Tour seemed too good to pass up. For just $30, you’ll be taken back in time to November 22, 1963 and will learn about the events that led up to and followed President Kennedy’s assassination.

We drove the route where the motorcade went, and then followed the route that Lee Harvey Oswald took after “supposedly” shooting the president from the sixth floor of the Texas School Book Depository. One of the most interesting parts of the tour was stopping at Oswald’s old rooming house.

The current owner of the home is Patrica Puckett-Hall, the granddaughter of the woman who rented out the room to Oswald when he lived there. She knew Oswald personally back when she was 11 years old, and she tells you her memories as she knew Oswald back then. She gives a tour of his old room and the living room, which have been basically untouched since 1963.

While it was interesting to see, it still gave me a funny feeling. Standing in that house and in that bedroom gave me this chill that I couldn’t really shake the whole day. So many little things tied together added up to this unfortunate event. It’s crazy to think how one little change could have let to an entirely different outcome that day…

Replica of the Lincoln limousine JFK rode in during the motorcade

After doing the JFK Deluxe Tour I learned a lot about the events leading up to and following the assassination, but The Sixth Floor Museum was the perfect complement to gaining a more in depth understanding of the event and learning more about President Kennedy’s history and presidency. Located on the sixth floor of the former Texas School Book Depository where evidence of a sniper was found after President Kennedy was assassinated, the museum has preserved the sniper’s perch where the rifle was found just how it was that day. Looking out the window from that spot with Dealey Plaza spread out below, I felt the fear and anguish that was lived by millions of people around the world on that terrible day.

Included in the $16 exhibit admission, the audio guide will take you through the museum and paint vivid descriptions of the late president’s history and stories of the assassination. This museum is a must-see if you are in the Dallas area. I completely lost track of time as the historical narrative of President Kennedy unveiled itself before me, complete with detailed photos and descriptions of the events that impacted the entire future of the United States.

Texas Theater where Oswald was found

Step back into the present after making your way through the sixth floor and head upstairs to the seventh floor. This space hosts special events and meetings, but it also exhibits unique artwork honoring President Kennedy and his ideals. Dallas soon became labeled the “City of Hate” by mourners who blamed the city for President Kennedy’s assassination. The blame was so strong that Dallas citizens were shunned while traveling both domestically and internationally.

Karen Blessen, artist and community activist, created The Dallas LOVE Project five years later to help convert Dallas into a city of love. 10,000 pieces of community art were created for this project and are proudly displayed throughout the city. 50 of these pieces were donated to the museum’s permanent collection and are on display on the seventh floor as a tribute to how love really can make a difference in changing the views of a city.

There is no way to put into words the way I felt when following Oswald’s steps and learning about Kennedy’s presidency and assassination. There is no doubt that President Kennedy left a lasting impression on the United States and his legacy will forever remain in our hearts.
Sign up here to stay connected and receive the latest updates on Little Things Travel!