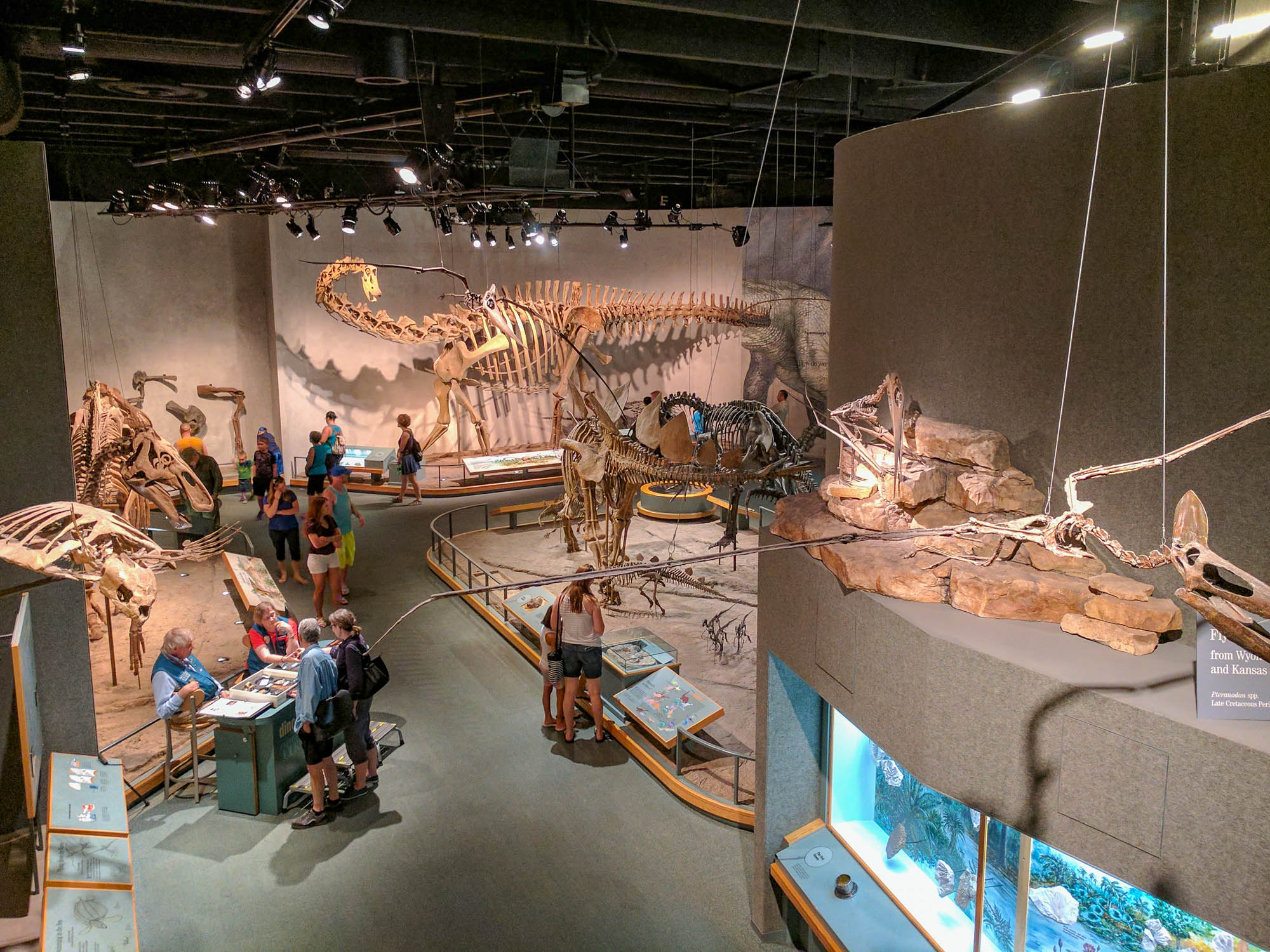 Your Guide to the Best Museums in Denver

Denver is home to all kinds of museums highlighting the culture of the city and the American West in general. Their museums cover topics from arts to history to nature, and so much more. This guide to the best museums in Denver only scratches the surface of the abundance of museums to choose from in the city, so use this as a starting point to Denver’s thriving museum scene!

Denver Museum of Nature and Science

I can’t stress enough how much I recommend visiting the Denver Museum of Nature and Science. As soon as I stepped foot in this place I knew I was going to have to return. There is an immense amount to see here and one visit certainly won’t be enough.

My primary reason for my initial visit was for the Vikings: Beyond the Legend exhibit. But even after I finished with the exhibit, I couldn’t bring myself to leave the museum. Every few steps opened my eyes to another intriguing section of the museum I just couldn’t pass up! My favorite permanent exhibits include the Egyptian Mummies and Prehistoric Journey.

The story of the “Unsinkable Molly Brown” may be a good one, though it’s not completely accurate. The real story is told at the Molly Brown House Museum. For starters, Molly’s real name was actually Margaret. She was more outspoken than most women, well educated, and very cultured.

In 1893, the silver market crashed and forced the former home owners to sell their house and the Browns were ready to buy. J.J., Molly’s husband, discovered one of the largest veins of gold in Leadville, Colorado so they became very wealthy. Once they purchased the home, they added everyday modern conveniences for the time, like indoor plumbing, a phone line, central heat, and electricity.

Molly was a passionate traveler, so she rented the house out to people when she was traveling. When she was in Egypt, she got a call that her grandson was deathly ill. The first ship back was the Titanic, so that’s what she booked. She was one of the first people to realize something was wrong when they were sinking, so she went on deck and tried to convince people to get into the lifeboats. The crew felt that she was in the way, so they picked her up and dropped her into a lifeboat. Even though the boat fit 60 people, there were only about 20 other people in that boat with her. Molly tried to convince them to pick up more passengers but they were worried that the lifeboat would sink.

When the Carpathia came to rescue them, Molly wanted to help the immigrants who survived. She asked fellow first class passengers to donate and they raised $10,000 (about $250,000 today). She was also the last person off the Carpathia because she was making sure everyone got off safely.

As for Molly’s grandson, he survived! Turns out he was lactose intolerant and had a bad reaction to milk.

Molly went on to found the Titanic Survivor’s Committee and served as a chair on the committee. She was also very involved in politics and worked to get other women involved. She grew up in poverty, so she empathized with the poor. She would host very formal dinners at her home lasting 2-3 hours and invited the wealthiest of Denver to get them to donate to some of the causes she was involved with. She certainly didn’t fit into expectations of women at the time!

The library holds the original bookshelves from the house.

The home eventually fell into disrepair so her kids sold it after she passed away, and the museum later bought it in 1970. The collection of items in the home is about 20% original to the Brown family.

The Denver Art Museum is a classic must-see for all ages. There are so many works of art on display here, most notably American-Indian art, that it’s impossible to see everything in a single day. Other popular collections include Asian art, oceanic art, and Pre-Columbian art. Every first Saturday of the month, general admission is free.

The museum has excellent exhibits that come through, so keep an eye on what’s happening during the time of your visit. I had the opportunity to experience the Star Wars™ and the Power of Costume exhibit, which was truly remarkable. More than 70 original costumes were displayed, and visitors were taken behind the scenes to see how much work really went into every little detail of these costumes and what influence history and popular culture had on their designs.

The Denver Firefighters Museum is actually housed in the former Fire Station No. 1, which was built in 1909. The building has been on the National Register of Historic Places since 1979. As you make your way through the museum, you’ll discover firefighting equipment, living quarters, uniforms, safety procedures, and other memorabilia. There are also plenty of hands-on activities to keep the little ones engaged throughout your museum visit.

Even now, firemen are out there each and every day not just fighting fires but risking their lives while undertaking rescue operations like during car accidents, building collapses, and hazardous material spills. Visiting the museum is a great way to honor them, learn more about the work they do, and discover the history of firefighting, specifically in Denver.

In Denver’s Five Points historic district, the Black American West Museum lives in the former home of Dr. Justina Ford, the first black woman doctor in Denver. The museum is dedicated to honoring the black men and women who made an impact in the time when people began settling in the American West. For example, Dr. Joseph H.P. Westbrook was a black doctor in the neighborhood who was able to pass as white, so he infiltrated the KKK and was able to help with strategic planning to keep the black community safe in Denver.

This museum features every bit of Colorado history that you can possibly imagine and more. Their hands-on exhibits and interactive storytelling make the History Colorado Center fascinating for kids and adults alike. Give skiing a try no matter the season with their ski jump simulator, learn how each part of the bison was used thanks to Billy the Bison, and discover El Movimiento — the Chicano movement in Colorado.

I loved the A to Z exhibit, which highlights the best of Denver with each letter. M is for microbrew — no surprise there! Denver is home to one of the largest beer industries in the United States, having opened their first brewery in 1859, just one year after the city was established.

Mining is another major part of Colorado’s history, so the museum has a mine replica that visitors can walk through to learn more about the lifestyle of miners and the daily challenges they had to take on. Blasting is one of the dangers they faced, so this exhibit offers a taste of what that process was like and how the dynamite had to be placed in precisely the correct order and distance.

Did I miss one of your favorites on the list of best museums in Denver? Let me know which one in the comments below!

Special thanks to Visit Denver for facilitating these museum visits. As always, all opinions are my own.