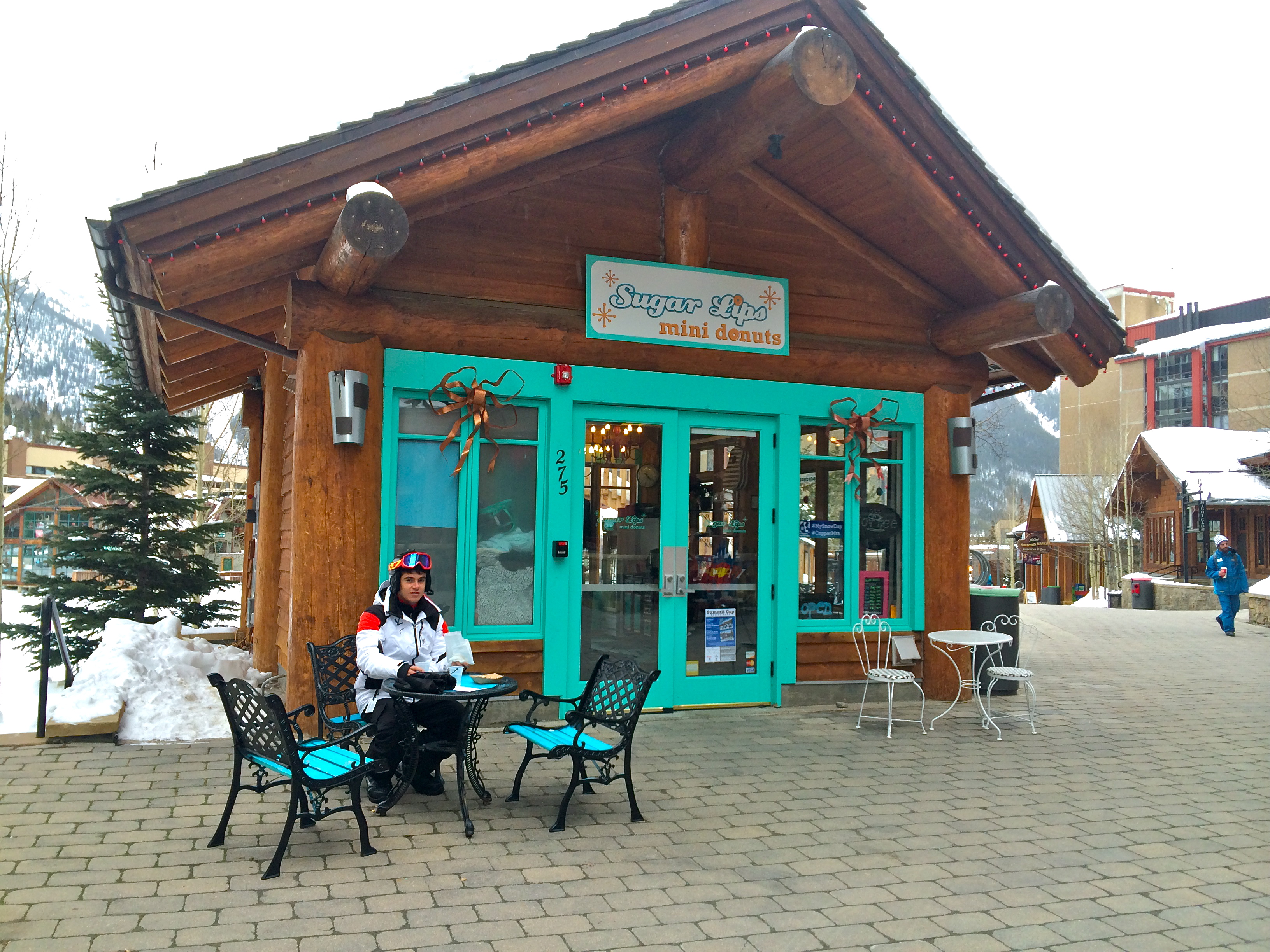 When Brandon and I visited Copper Mountain last month, we had skiing and snowboarding on our mind. Little did we know how fantastic the other parts of the resort were, like the many food choices available. It’s nearly impossible to go wrong with restaurants at Copper Mountain. Prepare yourself, because writing this even made me crave some of this food again! Although not the most healthy, everywhere we ate was delicious. Satisfy your hunger after a long day on the slopes with one of Copper Mountain’s many restaurant and dining options!

On our first night we walked over to JJ’s Rocky Mountain Tavern in East Village, one of the closer restaurants to Elk Run where we were staying. It was getting late by the time we got over there since we had arrived at Copper Mountain late that night. Although they were just about to close the kitchen, they were nice enough to serve us before they did.

JJ’s is known for their slow-smoked BBQ and wood-fire pizzas. They are also home to the longest bar in Summit County. JJ’s gets its name from the historical figures James Joseph (“JJ”) Brown, a highly successful miner in the late 1800s, and his wife Molly Brown, a legend for her social welfare work with women and children and a Titanic survivor (earning her the nickname “The Unsinkable Molly Brown”).

Brandon and I decided to just order some appetizers, and good thing we stopped there. They were more than a meal in themselves! The tavern nachos were everything you would want in nachos and more, piled high with queso sauce, smoked pork, green chilies, black beans, guacamole, tomatoes, and chipotle lime sour cream with fresh cilantro. We also couldn’t resist the BBQ bacon wrapped shrimp, which were the perfect combination of sweet and smokey. Stop by JJ’s to enjoy some live music, delicious BBQ, or any of their daily drink specials.

After our day of both snowshoeing and skiing, we realized it was perfect timing for happy hour at Incline Bar and Grill. Located right at the base of the American Eagle lift, it’s the perfect place to sit outside by the fire pit and watch the action on the slopes or warm up inside at the bar.

With an après menu full of tasty appetizers and drink specials, Incline Bar and Grill is an ideal pitstop to make after your last run of the day. Although the sea salted truffle chips are one of their most popular appetizers, Brandon and I couldn’t resist the pretzel sticks to go with our $4 Colorado draft beers. Served with both their house made mustard and nacho cheese, we enjoyed the pretzel sticks so much we ordered them twice!

Right in between the American Flyer and American Eagle lifts, Jack’s Slopeside Grill is a fitting choice for an afternoon break in between runs. For some reason, a few hours of skiing put me right in the mood for some chicken tenders and chili cheese fries that certainly hit the spot!

When you’re craving a big juicy burger after burning some energy on the slopes, Endo’s Adrenaline Cafe is your restaurant of choice. If you want to really go big, order the mac attack burger. More than just the all natural Colorado beef, it’s also topped with braised beef short ribs and a fried mac n cheese patty! The side of green bean fries are also a favorite of mine. The outdoorsy and active decor of the restaurant (like the rock climbing wall on the ceiling) make it clear why Endo’s is called the adrenaline cafe!

I’m not much of a breakfast person, but when I heard about the raving recommendations of the fresh and delicious made-to-order waffles at Belgian Bean, I knew I had to try them out. When Brandon and I decided to stop in one morning before hitting the slopes, we were about 3rd or 4th in line in the small shop. With only two people working very slowly, we had to wait over a half hour to get my waffle, which was about the same size as the tiny toaster oven waffles.

By this point I wasn’t too pleased since valuable skiing time was being wasted, and I just wanted to eat the waffle and get on with my day. You know when you’re really mad at someone but then they do something nice or say something really funny and you’re trying so hard to stay mad at them but you just can’t? That’s exactly how this went. I took one bite of that waffle and it melted right in my mouth. I tried to tell myself it just tasted so good because I was hungry, but it only got better as I devoured the little guy right up.

Despite the long wait and small size of the waffle, I still suggest coming here for a taste of their heavenly Belgian waffles at least once. Just make sure you allow for enough time!

Before you leave Copper Mountain you absolutely must pick up some mini donuts from Sugar Lips. They serve as a tasty afternoon snack when you want to take a break from the slopes. I ordered a half dozen of the s’mores and everything I ever knew about donuts went out the window. If you’ve never had fresh donuts dipped in warm chocolate, melted marshmallows, and crushed gram crackers, you do not want to miss out on Sugar Lips Mini Donuts!

These are only a few of the many restaurant and dining options available when visiting Copper Mountain. Based on the excellent experience and delicious food at each of the above choices, I think it’s a safe bet to assume that wherever you decide to eat you will not be disappointed!